There was no meeting with the staffers Tuesday the 30th. The staffers did not have bandwidth for the meeting.

Save the Children were featured at today’s Resist Trump Tuesday rally. Ryan Murphy who organizes a four-state area for Save the Children was the featured speaker. He explained that 25% of children eligible for Head Start don’t have access, and HS graduation rates are only 70%, even lower for children of color. We need to do better. One way to do that is to support Seattle’s Proposition #1 levy. Also, in this time of great division, we all should be able to get together to support and help educate our children.

The latest action by the Families Belong Together coalition (of which Seattle Indivisible is a member) is
the #Families4Families Children’s March this Sunday (the 28th) from 2-5 pm at El Centro de la Raza.
Facebook.com / IBI.org

The Senate is still in recess and will be through the midterm election, so news from the Senate is light.

Sen. Murray issued a press release Monday urging high school seniors and college students to fill out a Free Application for Federal Student Aid (FAFSA) to apply for student aid for college or grad school. Unfortunately, she said, Washington is 48th in the country in FAFSA applications in her Medium article. Actually, we are 12th according to the data she points to.

Millions of Dollars are Available

Washington State students looking to attend college or graduate school are currently leaving millions of dollars in easy-to-obtain federal aid on the table. Less than 10% of our state’s seniors have filled out the FAFSA form. Public.Tableau.com

Sen. Murray is working to significantly improve that number. This Monday she issued a press release and wrote an article for Medium highlighting the financial help that could be easily obtained by students. She also outlined the work she’s doing to make filling out the form even easier than it already is (see previously-cited articles).

Sen. Murray has a new hire: and she will now be more active on Instagram – catching our millenials.

Sen. Murray issued a statement objecting to Republican efforts to schedule a hearing on a new judicial nominee for the 9th Circuit on Wednesday October 24 while the Senate is not in session and most senators are not in D.C.. Nominated Judge Eric Miller is from Washington State, and Sen. Murray will be withholding her blue slip on this nomination because of the irregular process and the Republicans’ continuing efforts to ram through judicial appointments without bipartisan procedures.

In the past when voting on states’ judges, it was custom to only vote on judges when both the states’ senators had passed in their blue slips – to support the nomination. It is up to Sen. McConnell whether he still does that.

Slashes to Social Security and Medicare After the Midterms

Our senators need to push back against Sen. McConnell’s suggestion that they cut Social Security and Medicare after the midterms to reduce the deficit.

Senators encourage us to contact them anytime about issues that we care about. It indicates to them how to represent us: even if they agree with us.
Contact our senators and insist that they protect our earned benefits.

This administration commonly frames earned benefits as “entitlements”. Sen. McConnell claims that we cannot afford to pay them out at the current rates. Their recent tax cuts for corporations and the wealthy haven’t impacted our coffers. Bloomberg.com

“McConnell’s remarks came a day after the Treasury Department said the U.S. budget deficit grew to $779 billion in Donald Trump’s first full fiscal year as president, the result of the GOP’s tax cuts, bipartisan spending increases and rising interest payments on the national debt. That’s a 77 percent increase from the $439 billion deficit in fiscal 2015, when McConnell became majority leader.”

The Effect of the Tax Cuts and Jobs Act Alone

“In 2018 alone, tax cuts and spending hikes will add $242 billion to the federal budget deficit. As a result, the annual deficit will top $1 trillion in just two years and rise to $1.5 trillion by 2028.” Forbes.com

What is the Federal Budget?

Republicans claim that they are not trying to do away with health care coverage for people with pre-existing conditions. They have been. WaPo.com

Contact our senators and insist that they protect our health care.

Jamal Khashoggi was a Washington Post journalist, an American Green Card holder. “Khashoggi entered the Saudi Arabian consulate in Istanbul on 2 October 2018, but did not leave the building.” Wikipedia.org 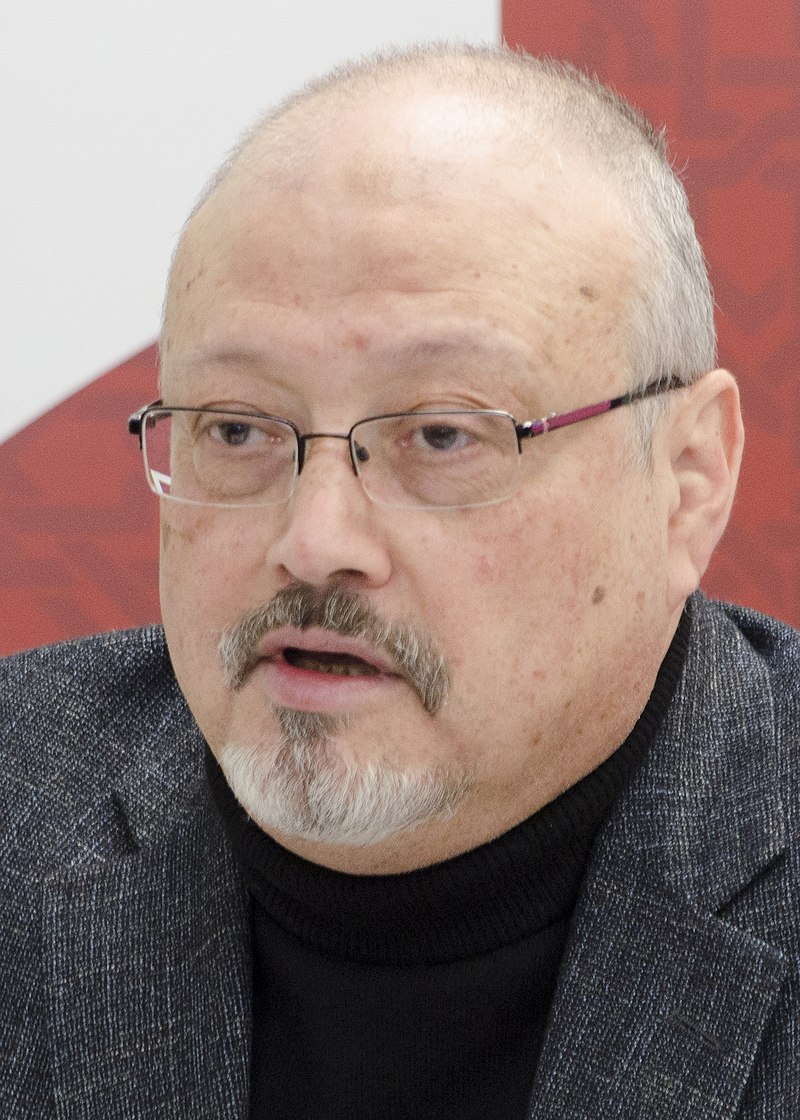 The Senate Intelligence Committee and the Foreign Relations Committee will have hearings on this. We need sanctions against the Saudis.

Contact our senators and ask that they look for a deep probe into what happened – journalists should not be afraid: and they should not be silenced.

45 “Protecting” Us from the Caravan of Migrants

45 has said that the caravan of refugees from Central America threaten our national security. BBC.com
“Mr Trump’s recent comments are probably an effort to bolster support among his base by cracking down on migration.” He has tried before to get the National Guard to secure the border. Gov. Inslee said no. OPB.org

There was a round of applause in the room after a man who said he’d lived for years in British Columbia called on Sen. Murray to use the strength, courage and persistence he knows she is capable of to more forcefully make progress toward single payer healthcare. He said his health insurance premiums in Canada were $16.50/month, that the bill for the birth of their first child was $4 for 4 days in the hospital, and their second childbirth required a 6 day hospital stay and the bill was $36 for a private room. He thought if Americans knew the truth there would be a more effective call for single payer healthcare.

Sen. Murray is the ranking member of the HELP committee. She hasn’t advocated for any one particular plan, but she has been a long supporter of a public option that would allow people over age 55 to buy into Medicare.

Senator Murray is the ranking senator for healthcare in the HELP Committee, the Health, Education, Labor and Pensions Committee. This means that she is the second in seniority, as the senior democrat in the committee.

Other Issues of Concern